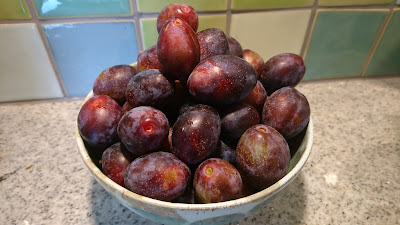 I have again being picking fresh fruit in the garden of my good friends in Horsens, this time is was plums, so I could make som plum jam. I decided to use pectin as gelling agent this time, so I could use less sugar to gel the jam, as I wanted to have more of a fruit flavour in the final jam. If you to try to make a plum jam without the addition of a gelling agent, then have a love at this plum jam recipe.

Email ThisBlogThis!Share to TwitterShare to FacebookShare to Pinterest
Labels: Jam

At the  bread baking course  we learned to learned to bake these very classic buns . I decided to twist the recipe as I had some sour c... 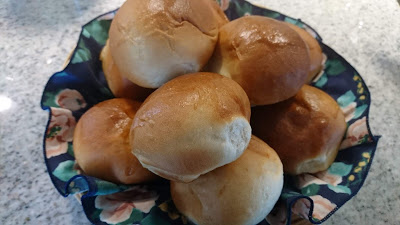