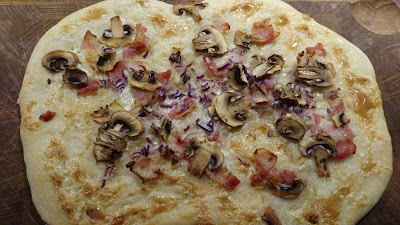 Tarte flambée forestière or Flammkuchen in German is one of the regional dishes from Alsace, which I really love.

I have found a recipe in a Danish newspaper, which I hereby share with you. I decided to combine yeast with some sour dough in order to keep my sour dough volume under control, as it otherwise will outgrow it´s container in the refrigerator.

The tern "forestère" refers to the use of mushroom as part of the topping. The classic variation is sour cream as bottom layer with bacon and onions. Another option is to added Munster cheese or goat cheese. 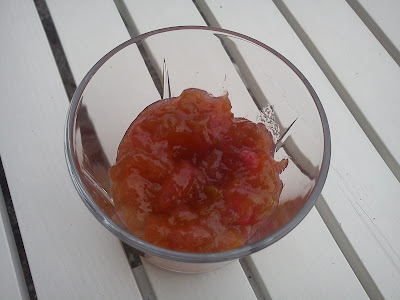