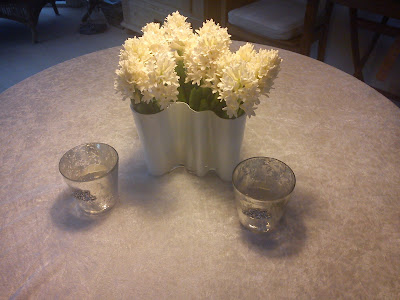 to all of you from Hannibal the Cat and I. We hope you will get an exciting, promising and healthy New Year here in 2014 with plenty of sunshine, some white snow to bring some light into a dark Winter season and less wind during the rowing season !!!

Looking into the progress of 2013 on my wish about baking my way through "Hjemmebagt", I can see, that I have baked 13 recipes in 2013 compared to 6 recipes baked in 2012 !!!! mainly during the first 6 month of 2013. If I can keep up with a speed of 13 recipes per year, I will have baked my way through this excellent bread book after another 3½ year bringing the finishing time up to sometime during 2017 with the last recipe of "Hjemmebagt". So here I have made some great progress on this specific topic, so let´s see, if I can maintain similar progress here in 2014 !!!

My New Year´s Resolution of 2013 concerning more usage of the seasonal herbs, flowers and fruits, which you can collect for free in nature maintain to be something of a challenge for me. I have a very good grip of using the wonderful white and fragrant elder flowers, but ramson, slow and elderberry is still unknown territory for me, but 2014 will bring me new options for getting acquainted with these Danish seasonal vegetation. 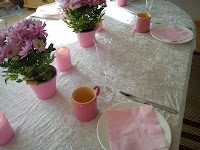 During Autumn I expanded my kitchen equipment assortment with two major pieces: ice cream machine with own compressor for freezing and KitchenAid in the classic red colour. 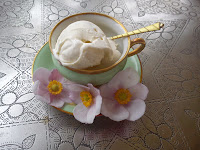 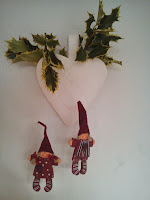 As usual the two month of November and December was a very, very busy months for me in my little kitchen, as I am working on selecting interesting Christmas recipes as well as actually making the Christmas stuff, so I can share an daily blog post with a Christmas recipe with you in the count down for Christmas !!! For me this process is a little bit like mood therapy, a way of keeping up my mood during a long, dark, gray and rainy Winter season, as it keep me busy inside of hiding under my duvet like a little sleepy brown bear !!! So therefore I will already now promise, that you will get Christmas Calender again in 2014 :-) 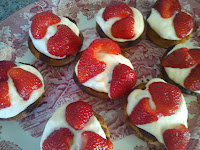 Finally I "cracked the code" after two years of hard work, both baking and eating making the ultimate strawberry cake. It took it´s time, but it was a very rewarding work on a personal level to get to the finishing point on this strawberry cake journey :-)

As regular theme blog posts during every single month I have shared the following type of blog posts with you:
Coming to the end of this very long blog text I would like to share a "TO DO" list with you of the things, which I would like work with in my kitchen during 2014:

Top 10 of the most popular blog posts published during 2013:

Email ThisBlogThis!Share to TwitterShare to FacebookShare to Pinterest
Labels: Blog