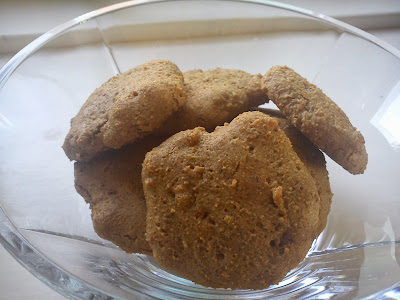 As you probably already know, if you are a regular reader of my blog, I am a HUGE fan of liquorice, so when I saw, that two new marzipan products with liquorice taste (LAKRIDS liquorice marzipan costing 50 DKK/200 g =  25 DKK/100 g & Odense Marcipan liquorice marzipan costing between 15-25 DKK/150 g = 10-16.67 DKK/100 g) was launched in connection with the Christmas season of 2013, I knew at once, that, I needed to test out these new marzipans in my little kitchen. 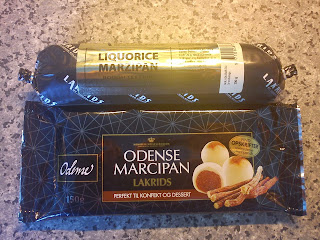 The taste of the LAKRIDS marzipan is more rich and rounded in it´s flavour combined with a more rough texture with bigger almonds pieces inside. The liquorice marzipan from Odense is more smooth in texture, while the taste still dominated by liquorice is less rich in flavour. However, comparing the prices between these two marzipans, the version from Odense Marcipan is much more affordable to use for coming kitchen work.

The flavour combination of lemon and liquorice is always great. Serving these liquorice marzipan cakes as part of the traditional New Year´s celebration will NOt fit perfect, as the taste os liquorice is too dominating for a normal glass of champagne in my opinion. However, they would be perfect served together with liquorice ice cream