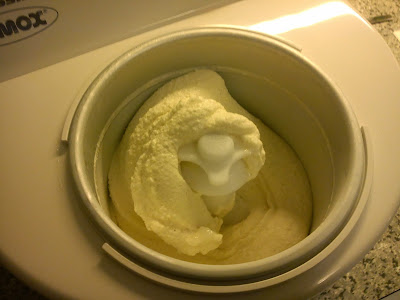 I decided to make a combination  of these recipes on ultra indulgent vanilla ice cream and mulled white wine  into a Christmas ice cream.

As I found the original recipe to be over indulgent due to the combination of 15% fat, high level of milk solids non fat and addition of artisan-style ice cream stabiliser, the fat content can easily be reduced from 15% fat to 3.5% using whole-fat milk instead of dairy whipping cream (which will also be good for your overall calorie intake during the Christmas season).

I was a bit uncertain on how long, I should infuse the milk ice liquid with the spices. Based on good discussion of this very specific issue with a work colleague with a background as chef, the common agreement was to infuse the milk with the spices, starting with 1 hour and taste it, before taking the decision about removal of the spices. I should not infuse for night-over, which was my initial thought, in order to avoid a too dominating flavour. This spice discussion was almost getting me "thrown out" of the lab at work, as I was talking too much according to the lab manager !!! Based on regular tasting, I decided to let the spices infuce the ice cream mix for 4 hour, before they were removed. 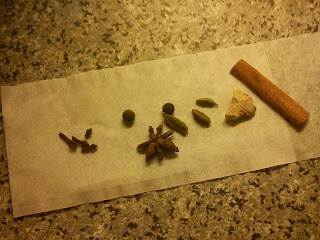