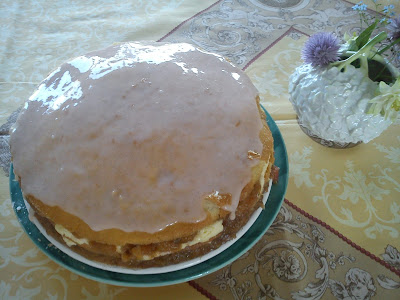 You are perhaps very well aware, that I had a rhubarb theme for the recent birthday coffee, so now it is time for me to share the recipe on the cream cake with white chocolate and rhubarb with you.

This cream cake is a combination of various thing such as cream cake buns, white chocolate (with inspiration from (CakeLiving) and rhubarb compote a la Sæson (issue April 2016).