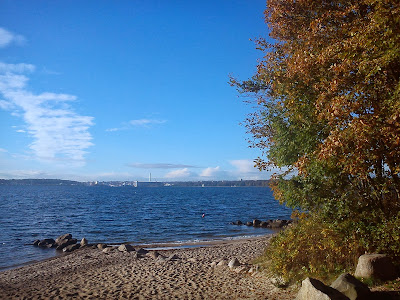 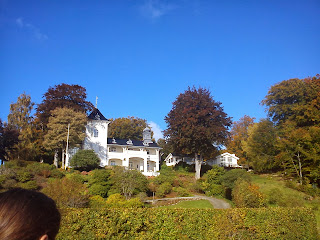 The first part of the tour let us to Kollund in September, so the second part of the tour started in Kollund and continued along the Fjord of Flensborg. The North side of the fjord is Danish, while the South part of the side is German.

This time the distance was approx 16½ km, and we started in brilliant sunshine, as you see from my pictures. Towards the end of the tour we had a few drops of rain and some more grey sky. However, it was a great day for walking tour, being not too cold nor too warm. 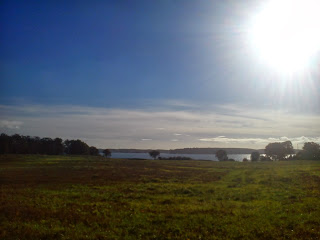 On the way to Egernsund we pass the small islands called Lille Okseø and Store Okseø, where the Danish queen Margrethe the first passed away due to plaque.

On the part of the path close to Egernsund we was walking through a forest of reeds on the very water edge of the fjord on top of eel grass. So somehow I felt like explorer fighting my way though the jungle in case a safe Danish version without dangerous animals lurking among the reeds. 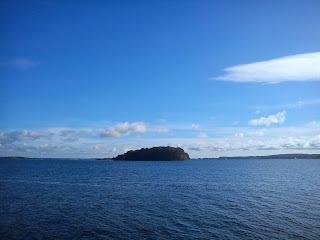 Anyway during our walk we noticed, that bricks had sometimes been used as pavement on the path. And along the water edge of the fjord bricks were laying around. 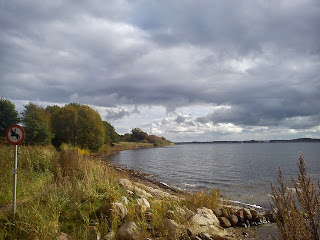 The third tour will take part in November, so here I hope we will have some good weather as well :-) 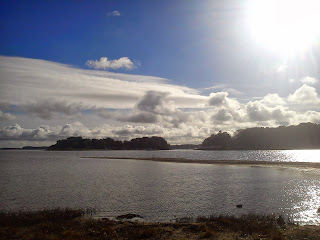 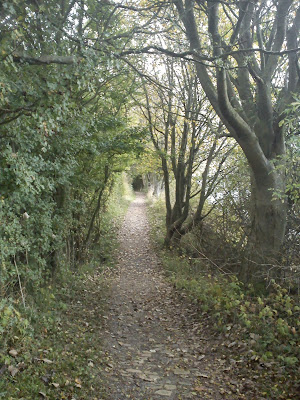