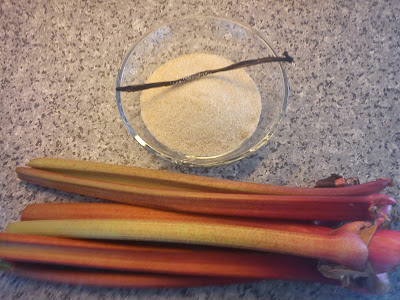 It is rhubarb season and it is my favourite vegetable !!!!﻿ Up to this week-end I received several rhubarb from a work colleague as well in my weekly vegetable box, so I decided to test two different recipes on rhubarb cordial, one by Camilla Plum from her cooking book "Mormor Mad" and the other from the newsletter from Årstiderne. Today I shared the Camilla Plum recipe with you, and tomorrow I will share Årstiderns' recipe with you.
Like everyone else keeps saying I will say the same: always remember to use the "foot" of the rhubarb, as it contains a big part of the wonderful rhubarb flavour. Honestly I have no idea, if it true or not, as I have always been using the rhubarb foot in my cooking. 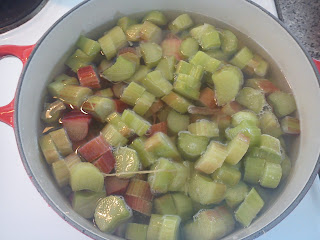 As I had mainly had green coloured rhubarbs, the colour of the final cordial is not bright red.

You can use this cordial for mixing with plain or sparkling water. You can also use it as flavour addition to white wine or sparkling wine as wonderful tasting aperitif. And this I am planning do in coming week-end in connection with some birthday parties. I will share this recipe later on with you. 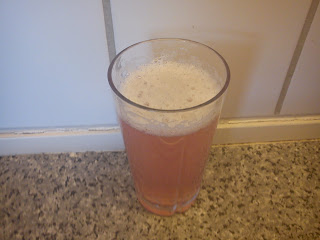 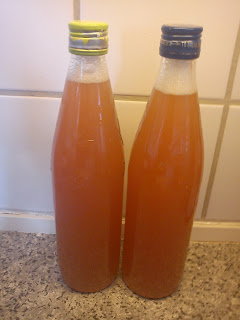 Email ThisBlogThis!Share to TwitterShare to FacebookShare to Pinterest
Labels: Rhubarb