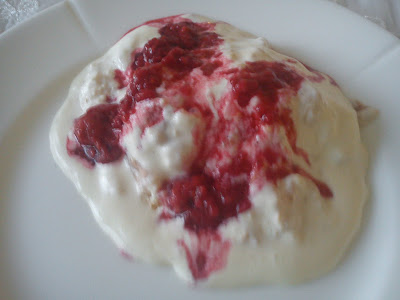 I have found this fantastic recipe on rhubarb tiramisu out here in blog country on a blog called "Life of la Tascha﻿" rabarbertiramisu med hindbær. And I have the recipe as it is without making any modification to it.
As rhubarb cordial and rhubarb I have used my own home-made rhubarb cordial a la Årstiderne. I did not mix the rhubarb cordial with water, before using it.
As I was having guests coming in for a birthday coffee, the rhubarb tiramisu did not get all the time needed for resting between preparation process and the actual eating process, so the structure was not firm enough, but the taste was just great. It had around three hours of resting time, I believe it would need four-five hours instead of. 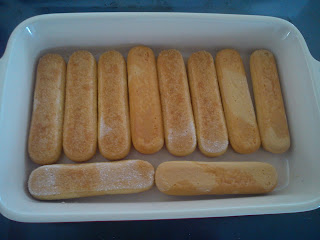 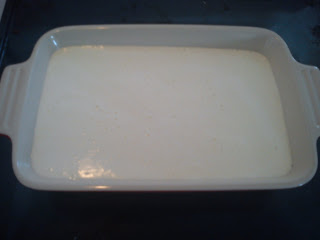 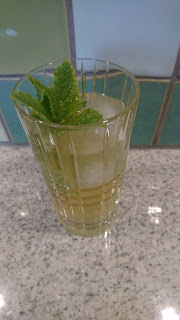