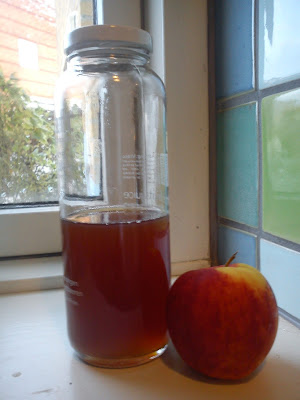 When I saw this recipe on making apple syrup in my local newspaper, I cut the recipe for later use in my kitchen, which is now in connection with my daily Christmas Calendar.

I imaging, that I will use this apple syrup later on in:

so stick around in my kitchen I see how I will use this apple syrup. I could also imaging, that you boil the apple juice together with cinnamon stick, vanilla pod etc.