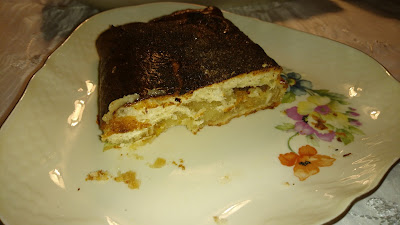 As a modification to the Christmas apple stick, I would made a version without apple. This was actually a good decision, as some of the guest for my Christmas coffee were not to keen on baked apples.