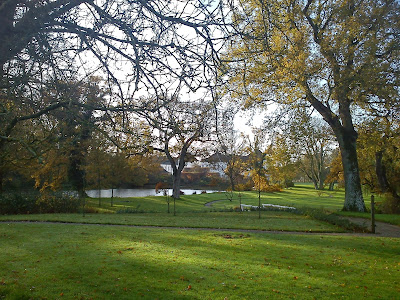 On the second part of the tour we walked between  us to Kollund to Egernsund along the Northern side of the Fjord of Flensborg. The North side of the fjord is Danish, while the South part of the side is German.

This time we started at Gråsten Slot, which serves as a link between the royal Danish family and Sønderjylland since 1930´s. We had a guided tour in the park surrounding the white castle of Gråsten, where we heard about the history of the castle and it´s connection to the royal Danish family. We also two of the oldest Gravenstein apple tree, which is connected to Gråsten Slot.
The guided tour ended at the memorial for Paludan-Müller, who as colonel of Gendarmes resisted the German attempt to arrest him in 1944.

From Gråsten Slot we started our 14 km long walk. And yet again we were extremely luckily with the weather, as the tour again started in brilliant sunshine, as you see from my pictures. Towards the end of the tour the sky was becomes more grey, but we did not get any rain at all, which is very lucky, when you have to spend an entire day outside in November here in Denmark. 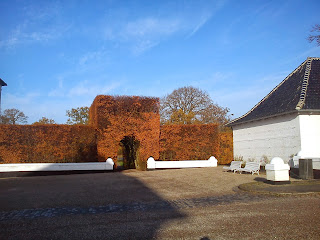 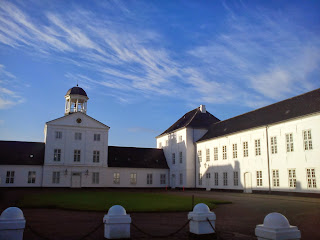 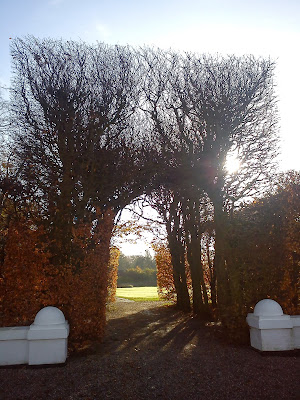 However, the hurricane of 4 November 2013 was from time to time giving us some extra exercise, as we had to either climb over or crawl under large trees, which were blocking the path. I counted 16 threes, which were doing their best to block our walking tour !!! But we found our way around these obstacles.

After our passage of Egernsund Bridge we had a small break at outdoor showroom of various bricks. This area is the heartland of brick production in Denmark due it´s special clay without any sand in it.

After a lunch break at the marina of Egernsund we walked towards Broager, where we again made a smaller detour to the church of Broager.

This church is build on a hill top, so it´s two church spires can be seen over a long distance. Here we also had a guided tour viewing the inside of the church with some beautiful frescoes.
Outside in church yard we saw a memorial over the 170 men from the county of Broager, which died during the Great War in France fighting on the German side. Each grave stone was bearing the name or names of a family, which had lost fathers or sons during the battle at Verdun. On some of the stone you can the names of both father and son or the names of four brothers. The Great War is so far away from our daily life, but this memorial was bringing it right up to our time with the names on the dead solider, sons, brothers and fathers.

The forth tour will take part in March 2014, where we will start with a guided tour at Cathrinesminde Teglværk. And I hope, we will be blessed with some good walking weather. 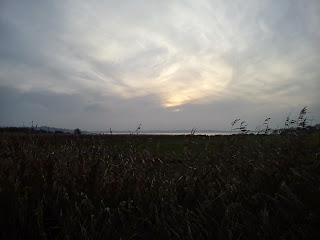