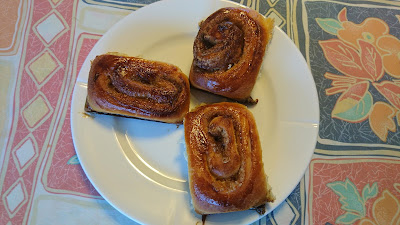 Recently I participated in an online Tupperware demonstration, where this recipe on cinnamon bun was was shared with the participants. Instead of making a fast raising process, I decided to make a slow raising process, as it was fitting better into my program. I also decided to do the kneading using my stand alone mixer. Therefore I added all the ingredients into the mixing bowl, before kneading the dough together.

I divided the dough into two portions. One portion was used for these cinnamon buns, while the other portion was turned into these buns with poppy seeds.

Cinnamon filling:
Posted by Kitchen of Kiki at 19:29

Today it is Easter Sunday, which is the fourth day in the Danish Easter vacation. Today it is time to make some Easter eggs in form of ... 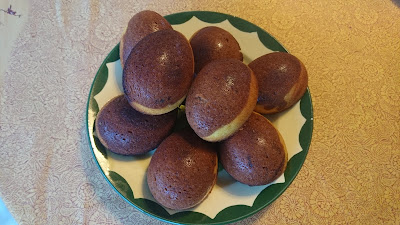