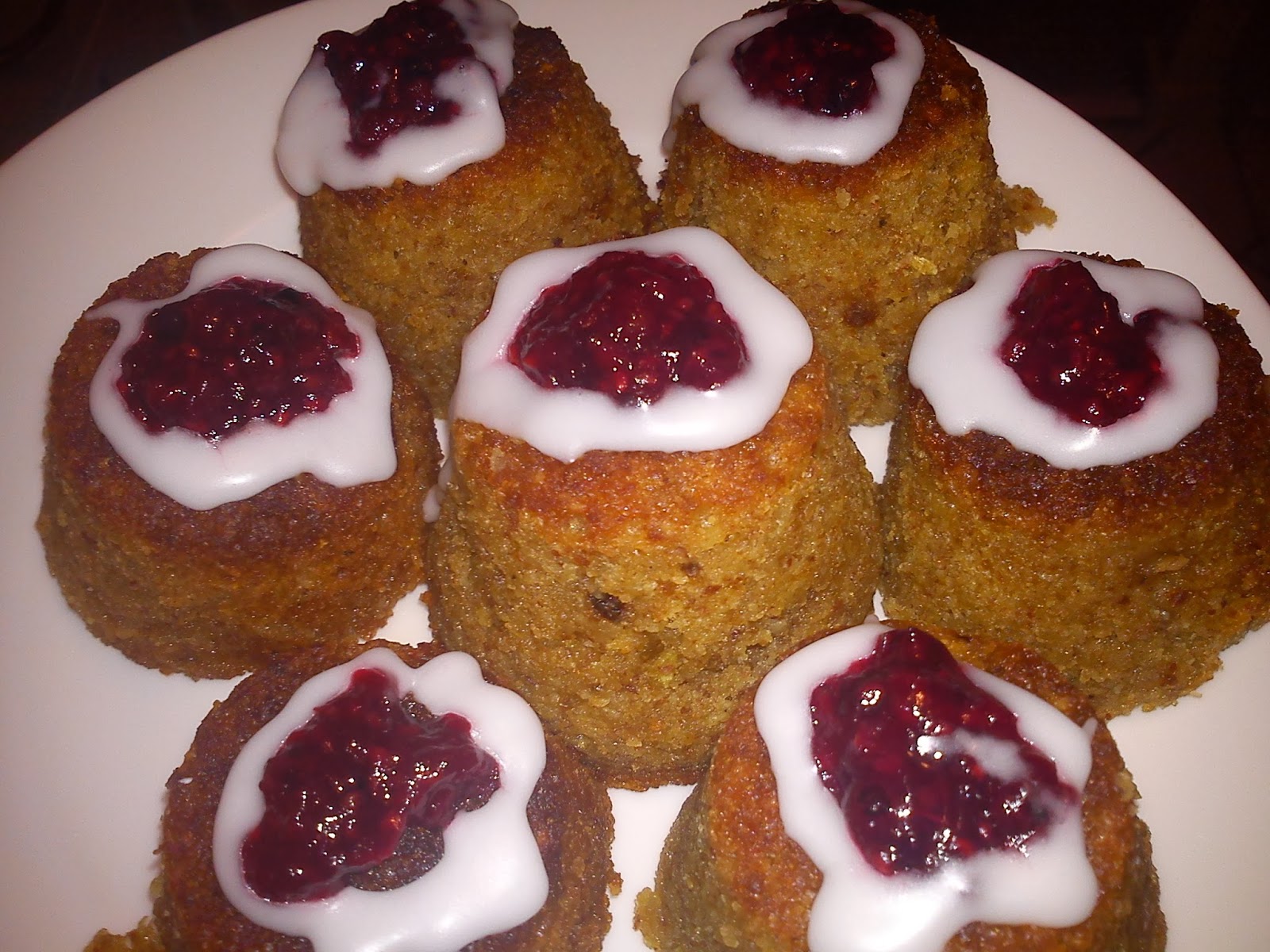 Travelling on regular basis in Finland in the cold Winter months of January and February I have noticing as well as tasting a very Finnish cake called Runeberg's torte described on Wikipedia. It is a cake in sort of a muffin shape decorated with raspberry jam and white icing sugar on the top. The flavour inside the cake is dominated by cardamon and some sort of alcohol, very tasteful combination. This cake is named after Johan Ludvig Runeberg, which was eating this cake for breakfast !!!

Today (5 February) it is the birthday of Runeberg, so I have decided I should try to bake my version of this cake, which I have been enjoying for more than 10 years travelling in Finland. So I have spend some time locating a recipe on this Runeberg´s torte on Goggle, using Goggle Translate for the translation part from Finnish into Danish. I decided to try out this recipe on Runebergin tortut by Kinuskikissa.

In order to have less top on the muffin I reduced the amount of baking powder to 50% as well as place the muffins in the lower part of the oven during baking. The muffin top was reduced, nut I still had to cut off the top of the muffin, so the upside of the muffin became the downside of the Runeberg´s torte.

It is quiet a messy cake to make due to the high fat content and the dipping process of cake in a sugar-alcohol syrup after the baking process.

So I have already decided to make my own Danish version in 2015 !!! Hopefully being respectful enough of the Finns and their cake.