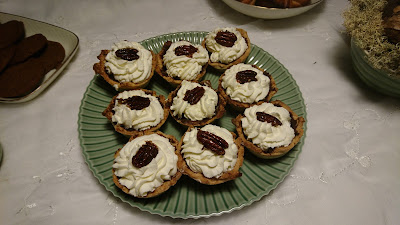 For my annual Christmas Coffee I have been remaking these Mont Blanc tarts, which I learned to make at the course in Christmas afternoon tea.

These Mont Blanc tarts are composed of various elements such as tart dough in form of flaky pastry, candied pecans, filling of chestnut and finally some vanilla flavour whipped cream, so what not to like ??